OK, OK, so the polls have tightened, but the polls always tighten in the last couple weeks.  I’d thought that Comeymania would filter through for a few days, if at all, and then things would stabilize.  If they’re going to stabilize, it’s today and tomorrow that it will happen.  On some level it looks like it’s happening, too, with a few state polls turning Clinton-ward, including an NBC survey that actually only has Trump ahead by one point in–seated comfortably?–Georgia, though on the other side there have been a few surveys suggesting a tighter race in New Hampshire, and Sec. Clinton is in Michigan today, a state I might not expect her to be campaigning in four days before the big event.  That being said, there has also been some recent blueward movement in Senate polls, though a few Democrats who were thought to be shoo-ins are now on something of a knife-edge, including Russ Feingold in Wisconsin and Evan Bayh in Indiana.  In keeping with the last few days’ tightening theme, however, at least one ostensibly safe Republican Senate win, Missouri, is now pretty much a toss-up.

Working in Mr Trump’s favor, though, and which is not really being talked about, is the implosion of Gary Johnson as a credible alternative for conservatives who felt unable to vote for either major party candidate.  Governor Puff-The-Magic-Dragon may have gone back on his pledge to lay off the wacky tobaccy during the course of the campaign if his most recent escapade during a discussion on the topic is anything to go on. 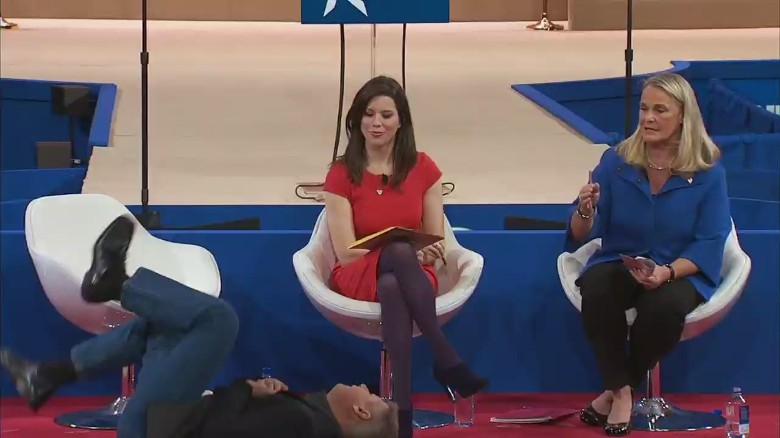 The issue then becomes the extent to which Johnson voters will move back to the Republican column as his polling has fallen off the proverbial table in the last few weeks. and the anecdotal evidence seems to be that a great many of them will reluctantly vote for their party’s candidate in the hope that he’ll be a different president compared with what he has been like as a candidate.  As for Johnson, it’d be sad if he weren’t working on comedy routines during televised discussion shows:  someone who was demanding to be included in the debates because he was close to the 15% threshold will now be fortunate to get 5.  Still ahead of J*ll St*in, but that’s not even damning with faint praise, though she appears to be a good choice for Putin admirers who can’t stand Mr. Trump.  Well, not with faint praise, anyway.  (OK, fine, my just-talk-about-the-numbers vow doesn’t apply to them, because they’re, y’know, them.)

Anyway, the PEC meta-margin, which was 5.0% a week ago, now stands at 2.6%–and being updated every hour, so fingers on the refresh button, poll junkies!–but a lot of that really feel like polls that were always too high for Clinton to begin with.  A lot has been made of the ABC tracking poll that moved rapidly from Clinton +11 to Trump +1, for instance–I’d argue that both of those numbers are extreme, because that’s what tracking polls do.  I tend to ignore trackers entirely, but it’s November 4, and too late to bother explaining why.  Whatever they say, just trust me on that.

One place trackers are a little bit interesting is that they can be directional gauges, and can be a bit of a leading indicator for how things will move in more accurate surveys a few days out.  If they’re turning a little bluer, you’d probably expect to see that as the weekend blends into Monday and Election Day.

As you’ve mostly been good enough to make it all the way to the end of this whatever-the-heck-it-is, here’s one final bit of interesting demographic information, tweeted out earlier today by Republican consultant Stuart Stevens, that an outperforming demographic is invariably preceded by a surge in registration in that demographic. This was a comment in reference to what appears to be slow early voting in white-dominated low-income counties in North Carolina, which should be fertile Trump country.  Unless people are preparing to vote without registration, or it’s actually “early and often” voting….

Oh, and we were seated at lunch next to a semi-connected group of people discussing what would happen after the Trump victory.  We had a better table.